Posted at 12:00h in Communication by Helena Wayth
Share 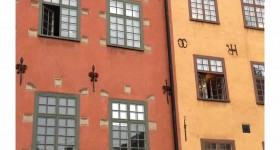 Posted by Leon Kaye on TriplePundit, this article shares the big hairy ambitious goal declared by Sweden’s Prime Minister which could challenge developed countries to transition to clean energy systems, and support developing countries to leap-frog to renewables.

“Sweden’s Prime Minister Stefan Löfven recently declared at the U.N. General Assembly that his nation of 10 million people would become “one of the first fossil-free welfare states in the world.” His announcement comes at a time when 146 nations have made promises to reduce their carbon emissions with the COP21 talks in Paris starting next month. Löfven and his government have made a bold statement that has prompted many commentators to ask: How on earth this could this happen, if ever?”